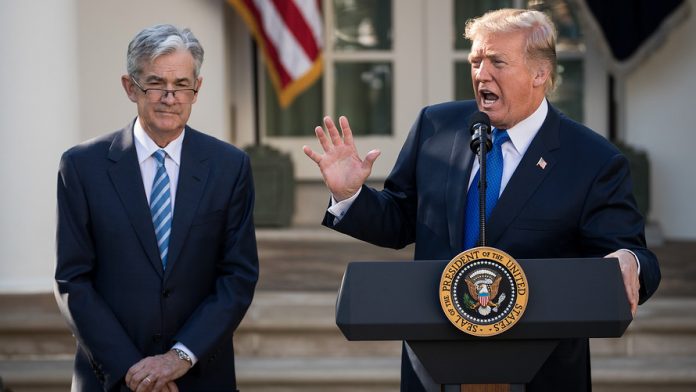 Pay the bills? Stock up on food? Buy toilet paper (if you can find any)?

Whatever your plan is, you’d better come up with something, quick.

Because if President Trump gets his way, millions of Americans will soon receive checks from the government.

It certainly sounds like a handout, doesn’t it? A socialist policy that Trump would normally denounce as “un-American.”

After all, he blasted Obama’s post-2008 financial crisis stimulus packages in the past. Now, Trump’s campaigning for a $1 trillion relief fund of his own. It’s hypocrisy to the nth degree, right?

The reason being that the current coronavirus outbreak is distinctly different from the 2008 financial crisis.

Back then, banks were insolvent as a result of bad debt. People were losing their homes, businesses, and jobs. The federal government stepped in to save the dastardly banks, and during what should have been a strong recovery period, the economy stagnated.

President Obama authorized the release of several stimulus packages while the Fed churned out cash (via quantitative easing) at unprecedented levels.

The economic poking and prodding got so intense that “gold bugs” went into a frenzy, predicting the dollar would collapse amid hyperinflation.

Instead, the U.S. economy simply limped along. From 2010-2016, yearly GDP growth averaged a meager 2.17%. It was a somewhat disappointing number considering that America had nowhere to go but “up.”

By comparison, since Trump took office in 2016, the U.S. has averaged 2.53% yearly GDP growth. When 2020 draws to a close, that statistic will certainly drop as a result of the coronavirus outbreak, but overall, it’s a significant improvement and especially impressive after a 6-year recovery (2010-2016).

This time around, Trump’s stimulus package comes during a very different set of conditions, too. The banks are strong. America’s top corporations are rich, even at (what looks like) the tail end of a trade war with China.

Most importantly, there’s no systematic problems threatening to bring the whole economy down; just a temporary “pause” stemming from a pandemic.

Trump’s checks (and the rest of his proposed stimulus) will be used to keep businesses afloat while health officials fight COVID-19. POTUS’s challenge is to maintain an already strong economy, not start from scratch – something that Obama was tasked with immediately after he took office.

Right now, small businesses across the country are taking out loans to stay open. Loans from banks that have been given more operating capital as a result of fiscal stimulus.

Without that financial aid, millions of jobs would be lost. Growth would get crunched even further and a recession would likely follow.

That’s not to say a recession will be avoided; if the coronavirus outbreak persists for too long, the government won’t be able to prevent a downturn.

But for now, Trump’s stimulus strategy is likely the right move. He’s trying to put a “bandage” on the economy’s wounds with his proposed cash program. If businesses can bridge the outbreak gap of productivity, the economy will live to fight another day. So too will consumers, armed with checks signed by the President himself.

In the end, the cash disbursement (if it actually happens) will likely amount to nothing more than an immediate tax cut, dependent upon the income levels of recipients.

And while the last thing Americans would’ve expected from Trump is a “government handout,” in this case, it could be life-saving for those that aren’t getting paid due to the coronavirus.

The government exists to protect its citizens first and foremost. By offering up financial assistance in a time of need, the White House is doing its duty.

That should give investors confidence as we progress through the outbreak. Yes, the market is still sinking. And yes, COVID-19’s economic impact will likely get worse.

But eventually, stocks will find a bottom. The bleeding will stop, and equities will soar.

Throughout history, the market has seen far worse than the coronavirus. It survived the dot-com bubble and the financial crisis.

The current outbreak, scary as it may be, will eventually pass.

And investors who bought back in at the right time will profit handsomely, regardless of whether or not Trump goes “full socialist” with a slew of government handouts.