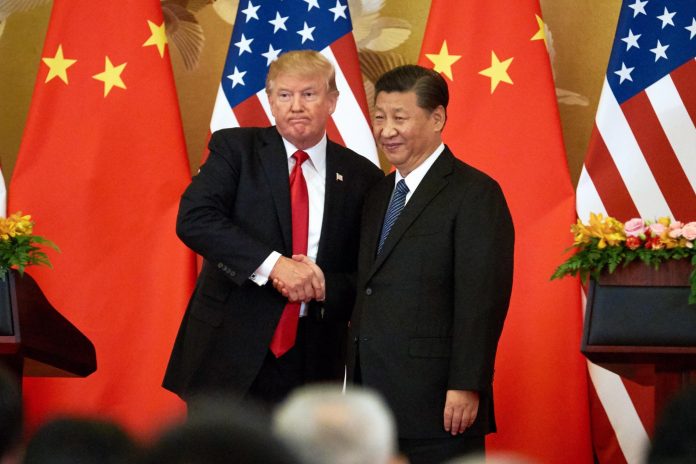 After President Trump announced a delay in the tariff deadline – which would raise import duties from China to 25% – the market roared in approval, as the Dow rose almost 200 points at the start of today’s trading session.

According to Trump, the delay was necessary, arguing that the two nations are getting closer to striking a deal that could finally end the trade war.

And while yes, the recent talks may be positive for both sides of the table – especially the United States, who seeks to draw down its trade deficit with China – the fact remains that if Trump and his team capitulate now, they won’t solve the problem that started this whole mess in the first place:

Sadly, it’s still a huge issue after all this time, and though the Chinese seem less inclined to steal precious IP assets these days, many corporations (owned by the Chinese government, no less) continue to do it, even in the face of tariffs that have battered their economy.

I’ve written about this before, right at the start of the trade war, back when Trump slammed China’s top companies for their dubious business practices. It was absolutely a focal point of the trade counsel’s mission at the outset, but has since become “lost in the noise” as political opponents of the Oval Office pressure Trump on the trade deficit. Many still see it as a critical flaw of the U.S.’s relationship with China.

In reality, it’s small potatoes compared to IP-theft – the one thing that Trump and his team have to get right in the coming weeks. Failure to do so would result in an American trade war surrender, which would not only be damaging to the economy, but his prospects for re-election in 2020.

Investors ignorant to just how ruinous IP-theft is are lapping up the news this morning, happily thrusting their portfolios back into long positions, led “onwards and upwards” like lambs to slaughter. Even if the trade deficit does decrease, it’ll be far too little in the end to satisfy the major market movers. More intellectual property will be extracted by the Chinese – information that makes their companies unfairly competitive without having to pay any of the costs associated with it.

If China is allowed to steal IP assets unabated, the economy will suffer greatly for it, mark my words. American companies like Apple are relying more and more on Chinese business to boost their revenues these days, and if local Chinese competitors are allowed to take valuable IP from these companies, the Americans will eventually be pushed out of the market altogether.

And not just in China. Recent economic data out of Eastern Europe and other parts of Asia suggest that American companies are beginning to lose their foothold with consumers – something they fought very hard for and spent billions in R&D to achieve. The Chinese, much like a student copying his neighbor’s homework, are profiting handsomely off the innovations created by our best and brightest.

Heck no! And that’s exactly the kind of stuff that Trump set out to eradicate when he fired the first salvo in the trade war, levying tariffs against the Chinese so long ago.

If the U.S. strikes a deal in March with China, and that agreement does not involve an IP-theft ban – something that would require the Chinese to change their “entry rules” for Americans doing business in China – then this whole trade conflict was for naught.

The United States still has the upper-hand economically by a wide margin, and largely holds all the cards. But thanks to political pressure from the Left, it looks like Trump’s feeling the need to call a ceasefire for the sake of unification stateside. After all, he just gave a record-setting State of the Union speech in which he focused on healing the “wounds of division” that have scarred America since 2016.

A trade war truce would also certainly satisfy Democrats (and “never-Trump” Republicans) after he signed an executive order to build “The Wall”, congressional negotiations be damned.

In the end, though, if the U.S. trade team can’t score a direct hit by ending IP-theft, then Trump might as well put China’s feet to the fire, raising tariff rates as planned. If they do reach an agreement that doesn’t stop the nefarious Chinese corporations from raiding American IP, the eventual fallout could be catastrophic – both from a near certain economic contraction and possible market slump if Trump isn’t re-elected.

These next few weeks are going to be critical for all investors, American or otherwise, and could result in a major triumph for market bulls if U.S. negotiators can prevent China from committing future IP-stealing sins.

You can kiss the bull run goodbye and say hello to a major downturn – one that could mushroom into a full-blown crash as the Fed’s balance sheet is so overweight, they wouldn’t be able to stop it.