If Treasurys can continue to recover, thus driving yields down, a bigger tech resurgence could follow.

The much-watched 10-year Treasury note yield currently sits at 1.59%. Bulls are hoping for a yield downtrend that brings the 10Y rate away from the recently set 13-month high.

And a rate plunge seems likely if the Fed announces plans to manipulate Treasurys. The FOMC’s meeting concludes tomorrow afternoon. If investors like what Fed Chairman Jerome Powell says, we could be looking at the start of another major rally.

Or, a bearish reversal, in the event that Powell isn’t dovish enough.

“The markets are going to be tuned in to every word,” explained Rick Rieder, BlackRock’s global fixed income CIO.

According to Bank of America’s March Fund Manager Survey, Wall Street is concerned about “taper tantrum” derailing stocks. Inflation fears and bond worries have surpassed Covid-19 as the biggest tail risk in the eyes of fund managers, marking a significant decrease in virus-related bearishness. 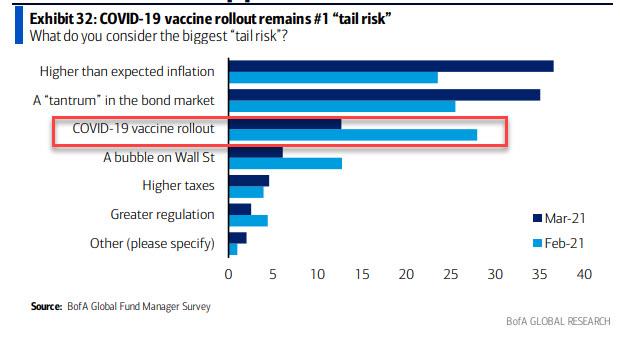 The survey findings were reflected in remarks made earlier this morning by strategists at LPL Financial.

“The distribution of Covid-19 vaccines is bringing us closer to a fully reopened economy and is likely the most important factor in assessing economic growth prospects for 2021,” the firm’s strategists said.

“We expect interest rates to fade as a threat to markets.”

What’s more, a record number of fund managers predict a stronger economy. Over 91% of survey respondents said as much, doubling-down on their bullish enthusiasm. 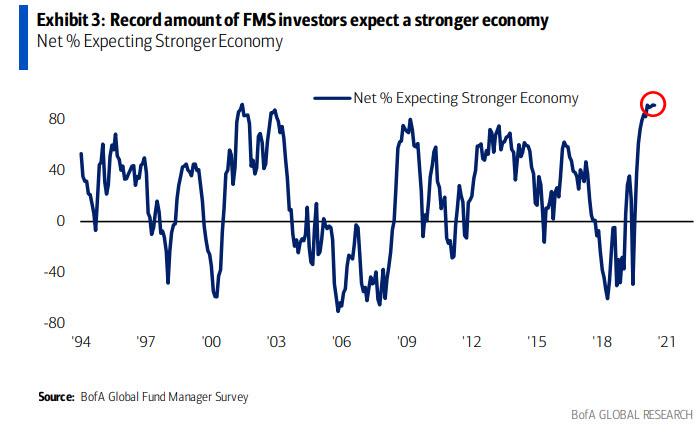 Fund managers also believe that higher growth and inflation are on the way, which should lead to a cyclical rotation. Wall Street’s loading up on commodities, industrials, and banks in favor of utilities, bonds, and holding cash.

“We still see more upside in value relative to growth over the next 12 months given value’s dramatic longer-term underperformance as well as the U.S. economy being on the cusp of the best growth in more than 35 years.”

But perhaps the most surprising measurement revealed in the March survey concerned market stages, and where fund managers think we currently are. 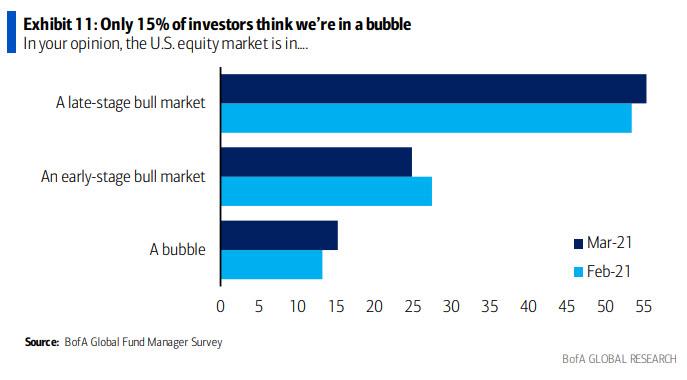 Most say that a late-stage bull market is upon us. Some believe we’re in the early stages of one.

And, amazingly, only 15% believe we’re in a bubble despite the S&P’s sky-high P/E ratio. 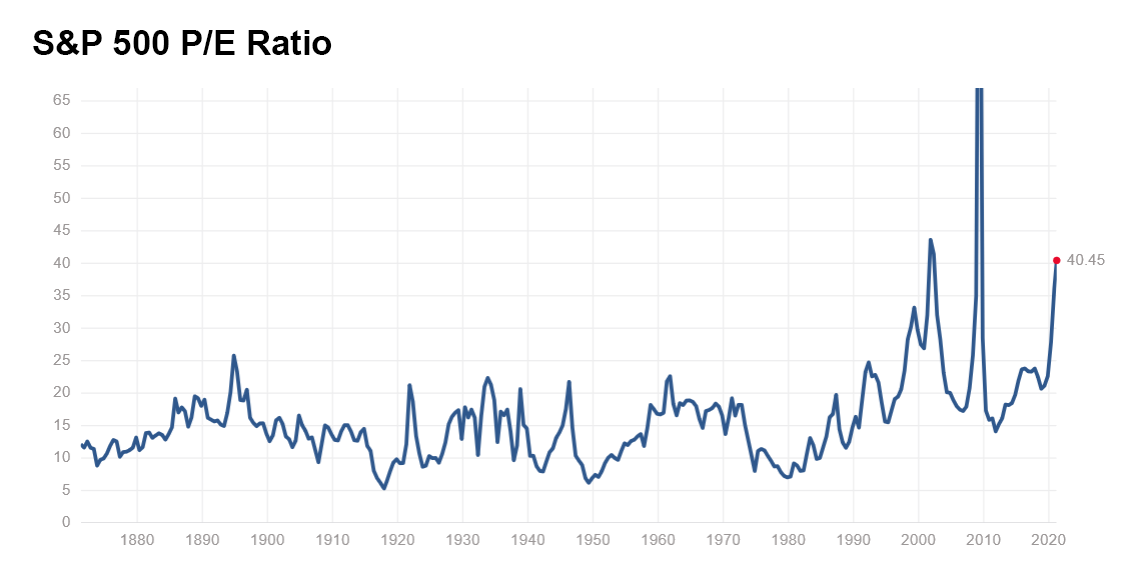 For the folks keeping score at home, the S&P’s P/E ratio hasn’t been this high since the Financial Crisis. And before that, the Dot-Com Bubble.

This obviously isn’t the most bullish omen for stocks. It could even be predicting another epic collapse.

Or, as we saw in 2000 and 2009, another short-term leap higher for the S&P’s P/E ratio. With the Fed intent on keeping monetary policy dovish, and a massive infrastructure bill likely on the way, that seems like the probable outcome.

The fun won’t last, of course. But until it ends, following Wall Street’s lead makes sense, provided that you “keep one foot out of the door” while doing so.