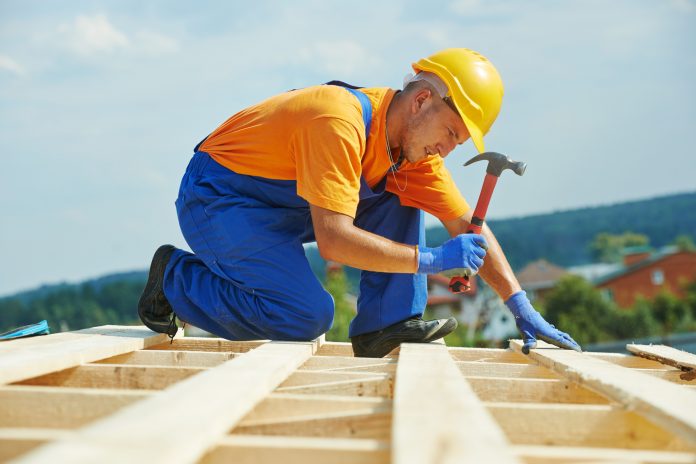 After spending most of 2018 on the ropes, homebuilder stocks are making a comeback in the 12th round, hammering housing market bears in spectacular fashion. The SPDR S&P Homebuilders ETF (XHB), which tracks the industry’s leaders, is already up over 17% on the year, outperforming the general market by roughly 23.5%.

And even though things have been going very well for the sector thus far, some recently released data may indicate that the situation could get even better for homebuilders – regardless of whether or not the market corrects back down from the post-Christmas rally.

Towards the end of last year, the Federal Open Market Committee (FOMC) raised the federal-funds rate fourfold, locking it into its current target range of 2.25% – 2.50%. However, on January 30th of this year, Fed Chairman Jerome Powell changed his tune, and announced that the Federal Reserve might adjust its rate-hike schedule in the face of weak economic signals.

As a result, mortgage rates have sharply declined, hitting levels that we haven’t seen since February of 2018: And according to some analysts, mortgage rate trends have a profound effect on the industry. During a phone interview on March 15th, Alvaro Lacayo, vice president of equity research at Gabelli & Co., agreed with that sentiment, saying that last year started with “a good order season, but as rates started to rise in September and October, there were concerns.”

Lacayo, in this case, was putting it mildly. Investors showed their “concern” with a 15% sector-wide drop from October – December, even though mortgage rates were beginning to fall. The prospect of an environment where the Fed was going to raise rates long-term scared off plenty of bulls, and until the FOMC changed their tune in 2019, homebuilders sat in a precarious position.

But in addition to a dovish Fed, homebuilders have also observed another key stat that Lacayo says could extend the industry’s rally:

“Tangible book value tends to be a reliable floor,” for homebuilders, he said. “The only time they broke book value was in 2008.”

Book value, which measures the general value of a homebuilder’s land that it’s purchased to build on, can be seen as a company’s “inventory”. Tangible book value is calculated by subtracting goodwill – a noncash item that represents the premium paid if a builder acquires a competitor.

It’s something that homebuilding investors have used for years to determine what a homebuilder stock should theoretically be trading at – just like how analysts determine if a stock (homebuilder or not) is over or undervalued.

Back in late 2017, homebuilder stocks looked wildly overpriced, as share price/tangible book value ratios were sky-high – indicating to some investors that another 2008-like housing sector crash could be on the horizon.

And though the industry dropped sharply in 2018 (over 25% according to the XHB ETF), it looks like most (if not all) homebuilder stocks are now currently undervalued, as evidenced by rock-bottom share price/tangible book value ratios. Toll Brothers Inc. (NYSE: TOL), for example, has reached a two-year low in that regard:

So, as we press on into 2019 – a year where the Fed has its finger firmly pressed on the interest rate “pause button” – friendly mortgage rates and lean share price/tangible book value ratios could be signaling a homebuilder surge, even if a general market correction occurs.

If rates do rise, however, then the sector’s progress these last few months could all be for naught, because as usual, the FOMC is really what pulls the strings in today’s equities – NOT the President’s trade hostilities with Communist China, nor a wall at America’s southern border.