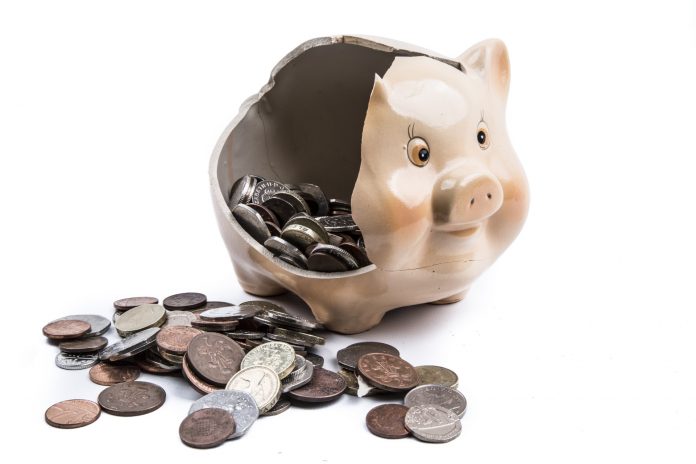 Social Security, a relic of the past that’s becoming increasingly obsolete over time, will start paying out 2.8% more on benefit checks in 2019, marking the biggest increase in seven years. On average, recipients can expect a payout of $1,461 a month – up $39 from 2018.

And though some retirees will enjoy the extra cash, it’s really nothing to get excited about, as the increase is being driven largely by inflation. Higher Social Security payouts are used to help the post-employed deal with the rising costs of living, not increase their standard of it. The 2.8% increase, which results in just an extra $1.28 per day, will simply not make a difference in anyone’s life.

Sadly, if middle-class Americans stay on their current course, it looks like they could actually fall behind the rising costs of living, placing them in a precarious spot, especially as they approach retirement age. In a study conducted by the Schwartz Center for Economic Policy Analysis at the New School, researchers found that roughly 40% of the middle-class in the United States will live “close to or in poverty” by the time they reach the age of 65.

If, for example, you were an average, middle-income earning American worker, and you retired in 2018 (at the minimum age of 62), you’d be set to receive $17,532 from Social Security next year – roughly $5,000 above what the federal government considers poverty level income for an individual, or $12,060.

So, why did the Schwartz Center’s study find that retirement age middle-class Americans will be staring down poverty at 65?

Because of one thing:

The federal government’s standard by which it measures poverty is way, way off.

$12,060, the poverty level income as defined by the U.S. government, is half of what Americans really need to live comfortably ($24,120) according to economics professor Teresa Ghilarducci, an author of the study.

“We base it on what we call the level of ‘economic deprivation,” she said. By doubling the income requirement for the poverty level in America, scores of retirees (who didn’t plan for it) will end up falling below that line as Social Security alone won’t be enough to pay the bills.

These numbers, which include the many causes that contribute to an increased cost of living, can certainly get confusing, but they ultimately all tell the same story:

Counting on Uncle Sam to fund your retirement is not going to work. The government’s current stance – which maintains that Social Security payments put retirees above the poverty line – is false, and any future increases in benefits won’t be enough to beat out the rising costs that come with living in America.

Other sources of income (pensions, personal savings, and retirement plans) in your “golden years” are more essential now than ever before, and those of us that can capitalize further on what the market has to offer will have a major advantage.

In fact, at this point, it could be argued that capturing profits from the market’s ebb and flow is mandatory for Americans approaching retirement age (or those of us that are already there).

Unfortunately, for many middle-class workers in the United States, the majority of their retirement income (if not all of it) will come from Social Security – a failing system that provides countless people with a false sense of security.

By relying on it, millions will be doomed to the life of a pauper despite doing everything “the right way”. If avoiding poverty down the road is the goal, plenty of hard-working Americans need to realize that Social Security, even as it stands right now, is not going to carry them across the finish line.