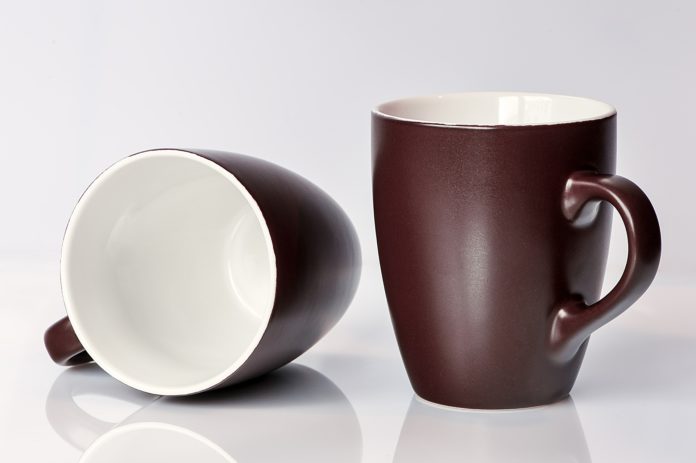 Covid-19’s surging and the bulls are back again.

Is the market finally “over” the coronavirus?

That certainly seems to be the case as of this morning. Stocks dependent upon an economic reopening are rising, even with states like Florida and Texas reporting daily infection records.

Cruise line operators Carnival (+1.80%) and Royal Caribbean (+3.50%) leaped higher while airline stocks American and Delta enjoyed 2% bursts of their own. Retailers got in on the fun, too, as Gap (+0.70%) crept higher.

The biggest gainers on the day, however, are market-leading FAANG stocks. The group is up roughly 4% as of noon.

Where FAANG goes, so too does the rest of the market. Today’s bullish “blast” is further proof of just how important that small handful stocks continues to be.

More importantly, these companies are mostly immune to the effects of Covid-19 in the minds of investors. As the economy recovers, many analysts expect American corporations to quickly catch up with Big Tech by the end of the year.

“The economy is doing a lot better than most of the economists think,” Jeff Saut, chief investment strategist at Capital Wealth Planning, said, referencing a recent ISM survey that showed an uptick in the U.S. services sector.

“We may stall here for a while into the fall, into September, October, November, but I think you’re going to get a rocket ship coming in the fall of this year,” Saut explained. 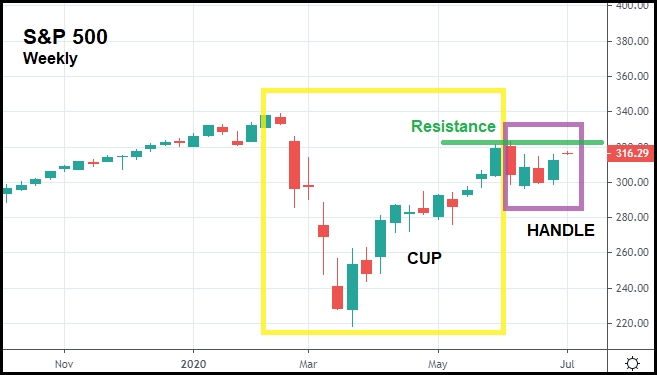 And if the S&P 500 is going to make it that high, it’ll likely do so while completing the iconic “cup and handle” formation. Since the market crashed in response to the coronavirus, it’s formed a (somewhat imbalanced) cup, followed by a short handle in terms of weekly candlesticks (as represented by the SPY).

Typically, a breakout above resistance where the cup and handle meet leads to another leg up very similar to the “rally portion” of the cup. In this case, a breakout above 323.41 would cause another 90 point rally for the SPY – more than enough to put the index above Saut’s target.

The issue, however, is whether or not stocks are deserving of another major leg up. The economy, though doing better than expected according to newly released U.S. business surveys, still has plenty of work to do before a full recovery is at hand.

Companies could easily face more coronavirus-related headwinds in the coming months as well. The Fed’s unemployment-boosting relief of roughly $600 per week is set to run out on July 25th. The central bank is likely to extend the program, putting even more stress on the dollar and further inflating the equity bubble.

If the cup and handle formation fails, and a breakout to the downside occurs, the S&P 500 could just as easily collapse again in epic fashion. Either way you look at it, the market has approached a critical moment.

What happens next will likely determine its short-to-moderate term trend.

Even if the next leg – up or down – doesn’t make much sense.