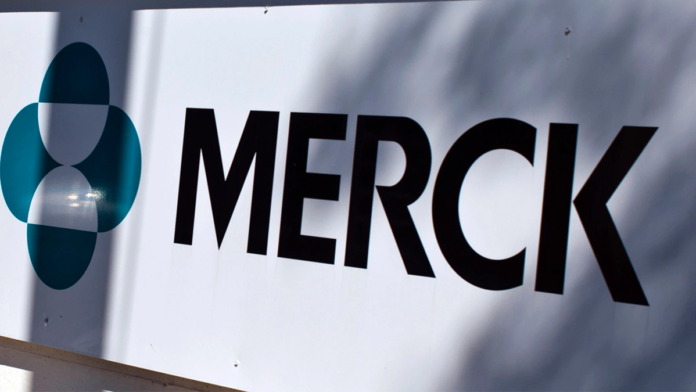 After an impressive start this morning, stocks gave up much of their gains by the session’s end. Earnings and stimulus-driven hype had bulls ready to buy all day until Senate Majority Leader Mitch McConnell (R-KY) broke the news that Congress was unlikely to approve a relief package next week.

The market fell sharply in response.

Seeing the worst of it was the tech-heavy Nasdaq Composite, which opened for a slight gain before finishing at a loss. The Dow (+0.55%) and S&P (+0.15%) enjoyed modest bumps higher.

“The price action is the reverse of Monday directionally as cyclicals/value outperform while investors book profits in growth/momentum,” wrote Adam Crisafulli, founder of Vital Knowledge.

“I believe the stock market would benefit from news of a stimulus package coming to fruition,” she said in a note, stating the blatantly obvious.

“In times like this, despite a massive and rising budget deficit for the US, I believe big government is likely to be good news for the stock market.”

Instead, investors will have to wait until the first week of August for a relief package approval. Federal unemployment assistance will end on July 25th, meaning an “unemployment gap” of roughly 1-2 weeks should result. It could apply considerable pressure on out-of-work Americans and be a potential trigger for some market-wide stress.

But don’t just take my word for it.

Billionaire Mark Cuban went on CNBC today to talk about just how overvalued stocks have become. He compared the current state of equities to the late 90s dot com bubble.

“In some respects, it’s different because of the Fed and the liquidity they’ve introduced and the inflation for financial assets that comes with that. But on a bigger picture, it’s so similar,” Cuban said.

He ended his interview with an ominous warning to bulls:

And though it may seem like the market’s consistently gone up over the last few weeks, in the grand scheme of things, it really hasn’t. The S&P still occupies a “double top” formation. The Dow is well below its early June highs. The Nasdaq Composite has fallen-off from its recently set all-time high, too.

Now, the name of the game is finding stocks that are ready to drop, so you’re in a good position to profit when a wider correction arrives. 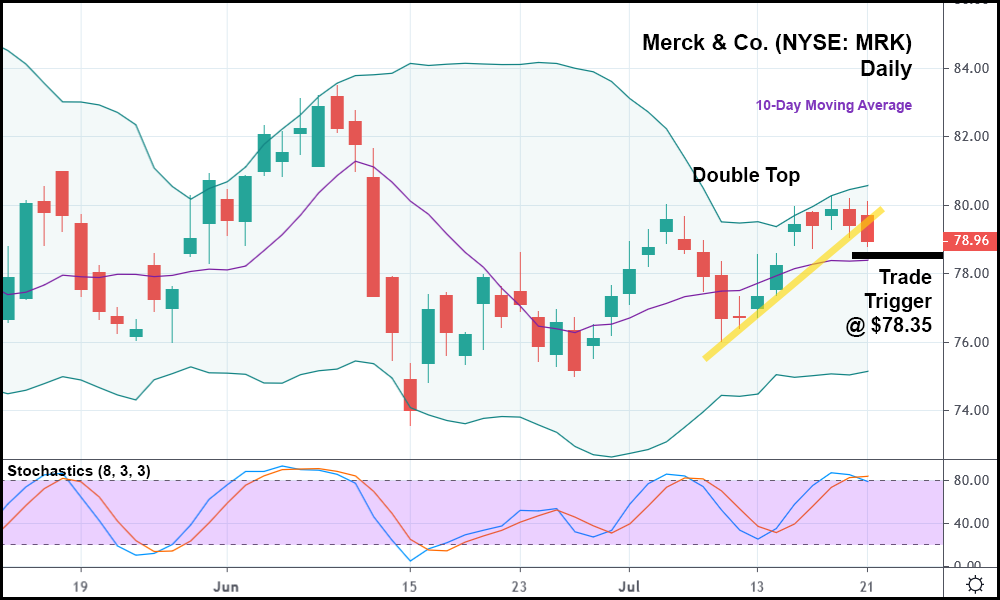 Merck & Co. (NYSE: MRK) is an excellent example of a “stock ready to drop.” It just double topped, has sold-off somewhat from its early June high, and now looks to be pointing downward.

MRK has moved somewhat choppily (like the rest of the market), but today, it broke below its minor bearish trend (represented by the yellow trendline). The stock hasn’t crossed the 10-day moving average quite yet – something we like to see on bearish trade setups – but it likely will if it trades any lower tomorrow.

For that reason, should MRK take out today’s low, it might make sense to take the stock short with a trade trigger of $78.35. From there, the lower Bollinger Band (BB) isn’t too far away.

And, considering MRK’s recent back-and-forth movement, it could be wise to simply sell at the lower BB. It’s not a “moonshot” trade by any means, but it’s like to return some quick, easy gains while the rest of the market wrestles with continued stimulus confusion.