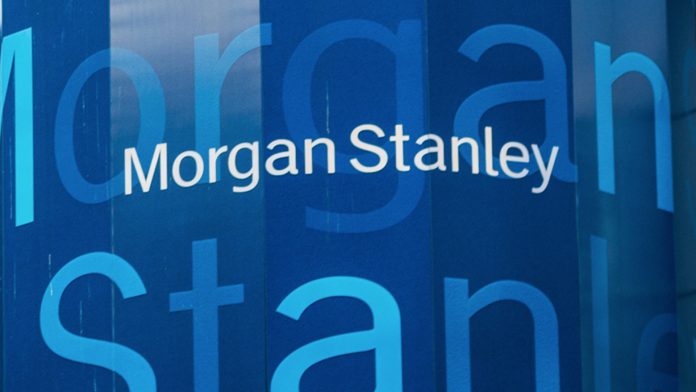 Before the market opened this morning, Morgan Stanley (NYSE: MS) reported an absolutely massive earnings beat. Fourth-quarter profits surged 46% to $2.24 billion ($1.30 per share), blowing away the analyst estimate of 99 cents. The Q4 revenue estimate was surpassed, too, by a cool $1 billion, as revenue climbed 27% to $10.86 billion.

Unsurprisingly, MS shares were up big in pre-market trading (6%). As of midday, the stock’s sitting on a 7% daily gain.

The general market jumped as well, gapping higher at today’s open. The S&P and Nasdaq Composite both touched new highs. Meanwhile, the Dow is on pace to hit 30,000 by February.

Morgan Stanley’s impressive financials, which were driven by a strong performance from the company’s institutional securities division, gave many bulls the “green light” they needed to start buying once again. If one of the world’s biggest investment banks got back on track in Q4, others likely did, too.

In fact, some analysts believe that value stocks – not growth stocks – are set to outperform the market in 2020; many of which being banks.

Four months ago, J.P. Morgan’s quantitative analysis chief Marko Kolanovic commented on the state of equities in an interview with CNBC.

“Given that the S&P 500 is heavy in bond proxies and secular growth, we would expect higher upside potential in small caps, cyclicals, value, and Emerging Market stocks than the broad S&P 500,” he said.

Several months before that, Kolanovic remarked that “we think that the unprecedented divergence between various market segments offers a once in a decade opportunity to position for convergence.”

In other words; growth stocks are about to fall by the wayside as value stocks pick up the slack. And thus far, his prediction has been completely true.

“Currently, we estimate that 42% of potential rotation has been realized,” he said.

“As data prints improve, the reacceleration of the business cycle will be more evident and should lead to greater risk appetite.”

Lakos-Bujas continued, adding that “global cyclical upturn has legs and is not fragile as feared by many. The change in trajectory of global monetary policy and central bank balance sheet growth will be a powerful driver of a new intra-cycle recovery.”

At present, it certainly doesn’t seem like value stocks remain oversold. The IVE is beating out both the S&P and scores of growth funds, after all.

But that doesn’t mean it (and other non-growth stocks) won’t rise further. If there’s anything to be learned by today’s Morgan Stanley eruption, it’s that investors are ready to reward companies for posting better than expected financials. So long as value stocks keep lighting up the earnings scoreboard, the market will continue its climb.

That’s what Wall Street’s betting on. Retail investors who’ve made a killing these last few months are following suit, and for good reason – the good times are still rolling.

We might as well roll along with them, even if that means investing in already sky-high “value” stocks.