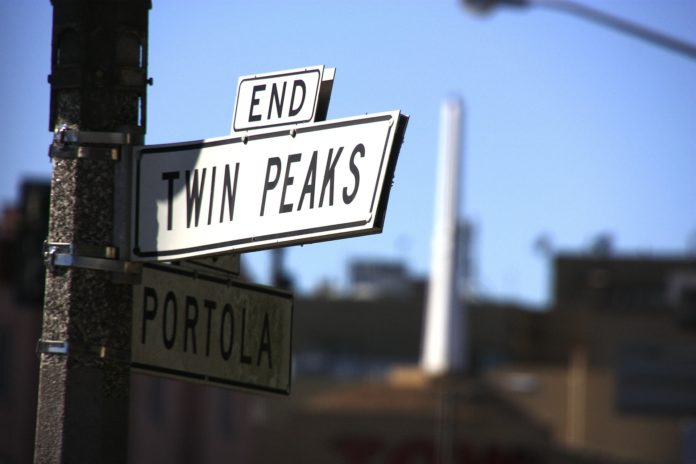 Vaccine hopes were flying high today. Stocks soared, too, as bulls happily “bought the news” about a vaccine candidate from Moderna (NASDAQ: MRNA). The biotech company announced after trading closed on Tuesday that all 45 participants of a recent study were found to have coronavirus-fighting antibodies. It only took two doses to produce the “robust” immune system reaction.

The market surged this morning in response. Reopening-sensitive stocks had particularly strong showings, boosted by the possibility of a working Covid-19 vaccine.

Alongside the results of the study (published in the New England Journal of Medicine) researchers said that “no trial-limiting safety concerns were identified.”

Well, it would be, if the statement was accurate. A majority of study participants actually reported at least one side effect, most likely stemming from the vaccine.

“Solicited adverse events that occurred in more than half the participants included fatigue, chills, headache, myalgia, and pain at the injection site,” the report explained. In addition, subjects also experienced fever, joint pain, and nausea.

Plus, the more injections a participant received, and the bigger those injections were, the worse the side effects became.

“Systemic adverse events were more common after the second vaccination, particularly with the highest dose, and three participants (21%) in the 250-μg dose group reported one or more severe adverse events,” the report said.

One participant was even removed from the study altogether for developing hives after the first round of injections.

The researchers also believe that they’re unable “to assess the durability of the immune responses” in study participants at this time.

Based on these findings, it’s hard to believe that most people would willingly take Moderna’s vaccine as it stands. It causes side effects at an extremely high rate relative to other vaccines, and scientists don’t know if it even works long-term.

The headlines on Tuesday afternoon completely oversold the legitimacy of the vaccine. Bulls, of course, took the bait.

And now, even after what seemed like a great day for the general market, the S&P 500 still stands in its double top reversal formation. 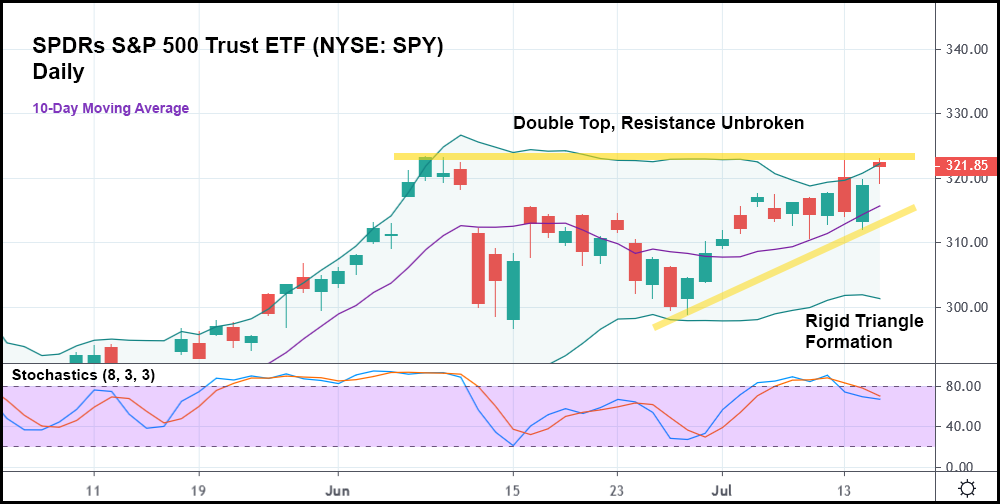 In the daily candlestick chart above, you can see that the S&P failed to surpass resistance today. The double top remains, and its minor bullish trend (represented by the lower yellow trendline) is rapidly approaching resistance.

Now, we’ve got a triangle formation on our hands in addition to the double top. A breakout above resistance could lead to another rally continuation.

What’s more likely at this point, however, is a plunge below that minor bullish trendline. The S&P 500 is right on the upper Bollinger Band (BB). The last two times it made contact with the upper BB, it ended up falling.

It wouldn’t surprise me at all to see it happen for a third time once investors learn the truth about Moderna’s vaccine “triumph.”