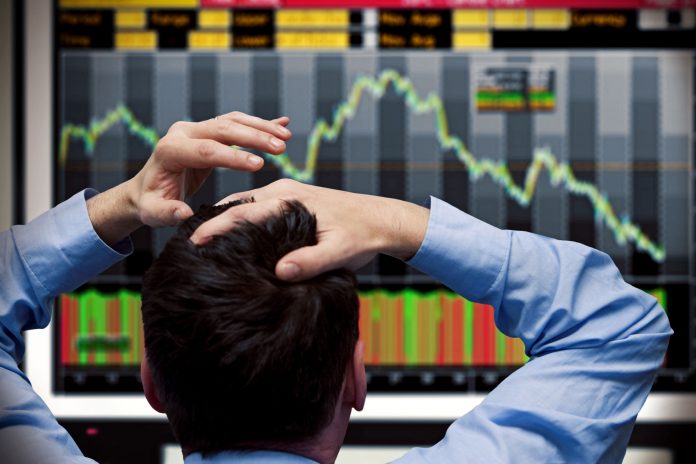 It’s an old saying that, over time, has proven quite accurate. The CBOE Volatility Index (VIX) has long been used by investors as a stock market “fear gauge”.

In fact, that’s what many people ended up calling it – the stock market fear gauge – after the CBOE debuted the index back in 1993.

Because when the market gets complacent (marked by lower volatility), it’s time to get worried.

And these days, investors have plenty to be scared about.

But that fear is simply not being reflected in share prices. Instead, stocks keep inching higher and higher.

To Sven Henrich, founder and lead market strategist at NorthmanTrader, that’s cause for concern.

”[I] see a lot of complacency right now,” Henrich said in an interview with CNBC.

“This week we had news of antitrust investigations for Nasdaq [companies]. What’d the Nasdaq do? Made new all-time highs. It’s not pricing in any bad news whatsoever.”

And even though he hasn’t seen a Nasdaq sell-off (yet), what Henrich is seeing has him feeling a little nervous.

“The VIX follows some very specific patterns that show compression. If you look back to, let’s say, the last few years, we’ve seen a large compression pattern from 2016 to 2017.”

With a tightening VIX, Henrich is afraid that a major volatility burst is on the horizon, reminiscent of a stock breakout.

“When that energy compresses too much, then we see these spikes,” he said.

“We have seen these spikes with quite a bit of regularity, but they always need some sort of trigger, and perhaps the Fed may be the trigger next week.”

The last time a VIX breakout occurred was when President Trump tweeted about raising tariffs on Chinese imports. Right before he sent his market-deflating tweet, the VIX was at a 6-month low.

And now, just two days before the Fed’s all-too-important rate cut announcement, the VIX is at precisely the same level.

Which when added to the Nasdaq’s recklessly optimistic sentiment, could result in a spectacular volatility explosion.

Because according to Henrich, only a small selection of companies has kept the index afloat.

“One additional point, very important: from a Nasdaq perspective, while we see the Nasdaq making new highs, there’s no visible expansion in new highs versus new lows in these indicators,” he warned.

“It’s very much flatlined. So, again, we’re seeing participation waning in favor of a few individual stocks on the Nasdaq.”

The VIX is up almost 5% as of midday, but still a long way from a true breakout of any kind.

That could all change on Wednesday, however, when Fed Chairman Jerome Powell addresses the market.

Now that’s not to say that slashing rates won’t give equities a boost. The rate cut should be an auspicious occasion. After all, corporate debt will become even cheaper.

But the resulting hangover, caused by investors who want to “cash out” near the summit, could be what sends the VIX skyrocketing…

And share prices on a free-fall to early-June lows.