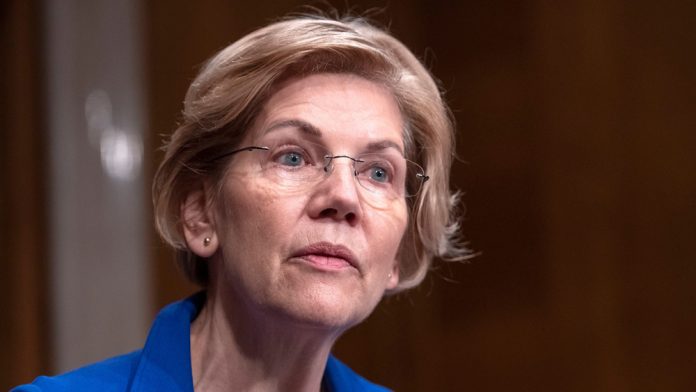 Yesterday, we talked about how fearful Wall Street was of an Elizabeth Warren victory in 2020. Investors, by and large, recognize that Warren’s policies would likely hinder growth, causing stocks to devalue rapidly should she become president.

The economy wouldn’t even need to stall for a “flash crash” to happen. The odds are that investors would start selling in anticipation of slowed growth before any financial reports confirm that it’s actually happening.

And though it’s clear that fund managers have a distaste for Warren, they took it to a whole new level this morning when Wall Street democrats issued the following warning:

If Elizabeth Warren wins the party’s nomination, we won’t donate a single dime to her campaign.

It’s a commonly held belief on the Street – particularly by conservative money managers – but until a few weeks ago, affluent Democrats kept their lips sealed about Warren. Now, an anti-Warren movement has started to form among the industry’s most prominent players.

As an outspoken critic of big banks and corporations, she’s enemy number one for stock-wise Dems, possibly even worse (in their eyes) than Trump. Warren’s starting to overtake Joe Biden according to recent polls, causing the current backlash against the Democratic party.

“You’re in a box because you’re a Democrat and you’re thinking, ‘I want to help the party, but she’s going to hurt me, so I’m going to help President Trump,’” said an anonymous private equity executive on Wednesday, after Speaker Nancy Pelosi announced the House’s formal impeachment inquiry.

The executive only agreed to an interview on the condition that their identity would be kept hidden, in fear of retribution from party leadership.

Warren’s plans themselves, which have drawn plenty of criticism from both sides of the aisle, are intended to limit Wall Street’s influence. In particular, her new “wealth tax” looks to gouge America’s richest.

You know, the folks who grease the wheels of the economy and donate to political campaigns, like Warren’s.

She’s vowed not to take any donations from special interest groups, making the Wall Street protest especially damaging to her fundraising efforts. In the second quarter, she raised $19 million through “small-dollar” donors – a point of pride that Warren often brings up.

Trump, meanwhile, raked in over $100 million over that same period.

Historically, the candidate that raises the most dough ends up winning. Trump was an exception in 2016, as Hillary Clinton’s campaign budget more than doubled Trump’s.

But she also wasn’t holding the Oval Office come election time – something that’s been a significant advantage in the past. Defeating the incumbent President is extremely difficult, particularly when they’ve got deeper pockets than the opposing party’s nominee.

So, in an odd twist of fate, Trump’s typical opponents on Wall Street are indirectly helping him through their anti-Warren protest. Not only are they withholding campaign donations, but the equity-invested Democrats might even provide a slight boost to the market if Warren’s popularity diminishes.

As it stands, she’s leading Biden – the preferred candidate of Wall Street liberals. But without support from the party’s “breadbasket,” Warren’s chances could go up in smoke.

Which, incidentally, is exactly what both Trump and the market wants. Even if that means nominating a more potent Democrat.